My Thoughts on Sports 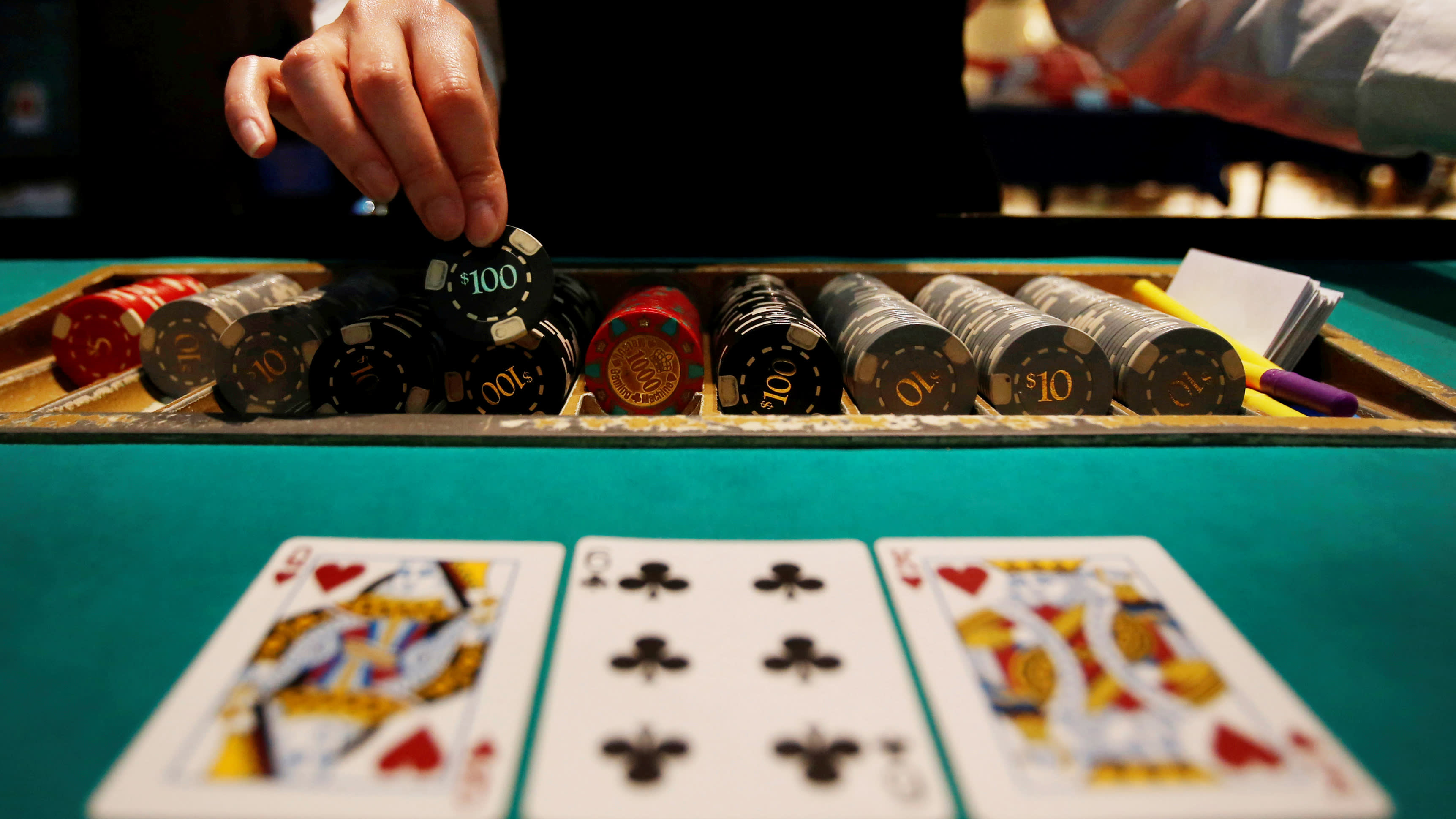 Either you love ’em or you hate ’em. Or you have some other third opinion. Growing up, my family was never big on sports. We never watched any games on the telly- Oops, sorry, I still got some British in me. …and me and my dad never went out and played catch, he also never taught me how to shave. He was gone a lot.

He always talked about Heather. Okay, but I did played soccer for a couple years when I was like seven. I was on the Green Team. Sports at that age, aren’t even like… sports. It’s just parents wanting you to go outside more.

Being a goalie on a soccer team when your that age is super stressful. The whole team is counting on you. Even stopping a ball that gently rolled towards you is difficult.

One time, the other team we were playing was so sucky that all the players spent the whole game on their half of the field. And I was the goalie for my team, and I remember just sitting down and picking at the grass. Soccer is the only sport that I’ve been on a team for. Well, I mean, I’m not counting the track tream that I was on for only two days. There’s this kid I mentioned a long time ago in my boy scout video named Micah, now he was a soccer fanatic. I wonder what he’s doing.

OKAY ENGLAND! We have this holiday called Thanksgiving. We celebrate it because it’s when we left your lame country. Don’t ask what we did next. So, on Thanksgiving, for some reason, it a tradition to play football before you go and eat food. So while the ladies stay inside and cook the meal, the men go outside and throw the pigskin around.

(Laughs) I’m just kidding you guys, I’m not a sexist. But I mean, that is what happens. So one time during Thanksgiving, I was a little kid, like 11 or 12, and I was playing football with my dad and his other 40 year old friends. So me, being the littlest, I wasn’t particularly the best player, but, while we were playing, I freaking caught the ball. I caught it! And then I just started booking it across the field.

I’ve probably never ran so quickly my entire life. And I actually made it. I scored a home run!

But I remember I was a senior in High School and I was just driving and then the thought came to me… they probably let me score that Touchdown. They were going easy on me. MAN GROWING UP SUCKS! I was never all that competitive as a child.

Well… okay, I was never competitive when it came to sports. IT’S JUST A GAME GUYS, WE’RE SUPPOSED TO HAVE FUN!!! WINNING NOT THAT IMPORTANT!!! Sports are good at that age though. They promote physical activity, you can make friends, you might like the sport and want to pursue it more, and it’s not a big deal if you suck. I’m totally making my future kid play a sport.

That is, if I have kids. What if I die alone? People make the comparison that some people watch gaming channels for the same reasons that others watch sports. “You’re watching someone play a video game? Why do you watch someone play, when you can just go to the computer and play it yourself!”

Now replace the word “Video Game” with “Sport” and “Outside” with “Computer”. and it’s the same thing. LoadingArtist made a very good comic about… the point I’m trying to make… I’ll just read it.

“What are you doing?” “Watching this guy play a game. It’s pretty funny.” “Wait, so you aren’t even playing?”

“Yeesh, what a waste of time.” And then he goes and watches a sports game. Man, LoadingArtist is so much cooler than me.

I’ve said this before, but he was such a big inspiration to me when I was first starting out. I just wanted to say that again. GO READ ALL OF HIS COMICS RIGHT NOW! I just want to say it’s fine if you watch sports.

Granted, I won’t watch them with you BECAUSE THEY’RE INCREDIBLY BORING! You want to know why gaming channels work? It’s because they play different games. Even CaptainSparklez, who mostly plays Minecraft, and also, who I LOVE by the way… And I did buy a t-shirt to prove my point, but it’s still in the mail. See, look, I bought a T-shirt and I bought sunglasses right here. So I just want to give a big shout out to TheMakerShop.com whose taking a million years to shipping my CaptainSparklez shirt.

It was going to be so cool. I was gonna say, “I bought a T-shirt to prove my point.” And then I was gonna flick the sunglasses, that I also bought, down. (Whispers) Notice me, Senpai. This email says it’s gonna take 3 to 7 business days to ship. Well yesterday was the 13th business day.

So- so wha- wha- wha- what is it Jordan, 7 or 13? So I bought this, just so I have something physical to show my love for CaptainSparklez. I’ve been watching all of his videos since TNT. Oh, he’s changed it. (♫♫♫) But the point is…

He changes around the format and the rules of his “Let’s Plays” with all the different maps he plays. It’s different for every video. Even his role-playing ones, which I’m still waiting for part 5 to come out. Like, imagine there is a gaming channel that only played the first Super Mario game. It might be fun to watch at first, especially if you’re good at playing the game, and it might be fun to watch how other people play it, and… see what they do. BUT FOR FIFTY YEARS???

Don’t you think that will get a little boring after a while? I mean only so much can happen. AND THAT’S WHAT I THINK SPORTS IS LIKE!… Sometimes. It’s the same game, same rules. Over and over and over.

Like, spice some things up once in a while. What if for basketball, there were like, mystery boxes, like in MarioKart and you can grab them and that would give you an advantage. How about if a team is losing, they get some wacky, hilarious handicap depending on how far behind they are, so it’s not hopeless for them.

“But James, sports is supposed to measure your talent!.” (Gibberish) WHATEVER! It gets boring to watch. I can understand if the teams are neck and neck and it comes down to one final play, like what it does in every sports movie.

That’s why they have to use that plot device in all the sports movies to make it interesting! But a lot of times, sports aren’t like that. Like if one team is leading by 50 points, why even bother watching the last 5 minutes of the game?

I would rather watch any Air Bud movie than a sports game because stuff actually happens in those movies, and they’re different each time! And there’s a dog wearing shoes in it. I just want to say, for the record, If my kid grew up to be a professional athlete, THEN I’ll watch sports.

You’re both weird. But don’t let me stop you. You do you. Follow your dreams.

Okay let’s talk about some stories. In grade school, I was put into the honor’s classes for my academic achievement which, did not help me whatsoever. It probably hurt me when I went to college. But that’s not what were talking about. Anyway, so during recess, the whole class would play kickball.

Kickball’s a fun sport, anyone can play it. but it takes a pro to be… …good at it. What? There was this girl in my class who was the best kickball player and then later, when she grew up, she became the valedictorian at my high school and… went to Harvard.

I’m proud of her. Also my ginger friend, Nick Jiggly, who I’ve mentioned before, he also got to speak during graduation. Actually, okay. He had this thing where his hands would shake, I don’t think is was Parkinson’s, I- I actually emailed him about it and he said, “I asked a doctor and he said it’s just a mild tremor. Ha.” So he’s probably fine.

But whenever he would give a presentation in front of the class, his hands would be shaking and people would think, “Aww. He’s nervous.” But no, actually he’s the most extroverted and outgoing kid that I knew. He just had a condition.

That was a pretty long tangent. What are we talking about? Sports? Oh yea, kickball! Since everyone in the class was kinda already a nerd, I wasn’t usually the last one to be picked on a team.

I was usually the 4th or 3rd to last. It’s so nerve racking when the last five are still standing, and you think, “Don’t let me be last. Don’t let me be last!” and then you get picked and it’s like, “HA! THEY THINK I’M BETTER THAT YOU!” Which I’m not actually.

One time, I think I was like 15 or something, and me and this big group of people went to a sports complex. And we were having fun, playing games and running around and then BOOM! A soccer ball just wacked me in the face! I got a bloody nose and I couldn’t stand up without toppling over for a few seconds, and then I went to a bathroon, you know, freshened up.

What sucked is that it was a girl that hit me and people made jokes like, “Oh you got hit by a girl!” IT STILL HURT OKAY! So I sat out for a couple of minutes, I waited until I stopped seeing flashing colors. Then, like the man that I am, I went back and played some more. And not 5 minutes go by when, PFFFT!

IT HAPPENED AGAIN! Different person this time. But after the second time, I was completely out. I mean, I wasn’t unconscious, but I couldn’t get up. I remember my brother had to carry me out on his shoulder.

So I didn’t play any more soccer, after that. I didn’t play for a long time actually I don’t think I even played soccer after that whole experience. So, Thanks for watching. That was the video. I didn’t even talk about how sports athletes are overpaid. But, eh, that’s not really, my, here nor there to say that.

Some people that that I’m probably overpaid. I would of have to do research to talk about the overpaid athletes. Teachers, they don’t get paid.

They get paid NOTHING. But I mean, it’s kind of like supply and demand. I- I- I mean, I just talking out of my butt right now. It- not everyone can throw a football. Ah, what else?

So yea, thanks for watching. Remember to smash that video, smash that subscribe button, smash that comment bar And smash… …your girlfriend. AH, I’m sorry.